Mander Organ Builders traces its history back well over 150 years, to the combined expertise of two well-established organ builders, F H Browne & Sons and Mander Organs. The combined company was formed on 1st October 2020, when F H Browne bought the intellectual rights of Mander Organs. The company operates from purpose-built workshops in Stourmouth in East Kent, and counts several former Mander staff amongst its 12 employees. The company’s investment in British organ building underpins its belief that we are able to offer the same high level of quality and service that has been the hallmark of the both previous firms for several years, with extensive critical acclaim in both the UK and overseas. Mander Organ Builders has over 600 organs in their care.

Our staff include skilled craftsmen in cabinet making, organ case design, mechanical, pneumatic and electric organ action, leatherwork, tuning and voicing, as well as project management skills. We run an organ apprentice scheme, ensuring the skills are passed onto the next generation, so the the organ heritage can continue to be supported and maintained well into the future.

Whilst many of our customers are located in London and the Home counties of England, we welcome the opportunity to consider organ build and restoration projects elsewhere. 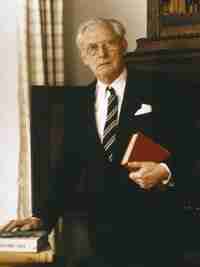 Noel Mander started working on his own account in organ building in 1936. His lineage can be traced back to the 18th century organ builder, George Pike England. Following a break during the war years, the firm moved into its current premises in the east end of London in 1947. Here was a Victorian school, which had been closed down before the war and belonged to the London Diocese.

After the war, when rationing and shortage of materials ruled the day, he worked closely with London Diocese to rescue organs from damaged churches and to provide rebuilt churches with instruments at reasonable cost in spite of the stringent times.

During the 1940s, the firm expanded rapidly and by the 1960s had been involved in a number of prestigious projects. Noel Mander's particular interest in antique chamber organs gained him an unequalled reputation for their restoration to standards that, at the time, were well in advance of normal practices. The revival of interest in classical organs with mechanical action did not go unnoticed and the firm built a number of such instruments early on in this classical revival.

In 1978, Her Majesty the Queen awarded Noel Mander membership of the Order of the British Empire in recognition of his services to organ building for over 50 years. Undoubtedly, the crowning glory of his long and distinguished career was the rebuilding of the Willis organ in St. Paul's Cathedral, which was completed in time for the HM the Queen's Silver jubilee in 1977. He retired in 1983, leaving examples of his work in the Middle East, America and Africa, as well as closer to home. He left an experienced team of organ builders, well able to further the high standards for which the firm had become known.

On the retirement of Noel Mander (who died in 2005), the reins were handed over to his son, John Mander. Whereas the majority of the work the firm had undertaken under Noel Mander's guidance had been the restoration and rebuilding of existing instruments, the emphasis now changed to building new organs. New instruments were built for churches and other institutions in many parts of the world. These can now be found in North America, Japan, Australia, Scandinavia, the Middle East and Africa, as well as closer to home. Some of these organs, such as that at St. Ignatius Loyola in New York, have become landmark installations, attracting organists from all over the world. All, whether large or small, are still built to the same exacting standards with a warmth and versatility almost unique to Mander Organs.

In 2002, Mander Organs was awarded the "Queen's Award for Enterprise", the only firm of organ builders ever to receive this honour. Unlike any other honour awarded by Her Majesty the Queen, this one is conferred on the whole organisation and not just an individual in an organisation, in recognition of the collective achievement of an enterprise. HRH The Duke of Kent presented the award to the assembled workforce on the 7th of May 2003. John Mander retired in 2018.

F H Browne was established as an organ and piano manufactory in Deal, Kent, in 1871, by Frederick Henry Browne, an apprentice of William Hobday (a Canterbury organ builder). Browne’s eldest son, William. relocated the firm to Canterbury in 1906, where he was assisted by various other members of the Browne family.

In its 150 years history, the company has built and restored a large variety of organs across the uNited Kingdom and as far afield as Australia, Canada and Africa.

In 2013, Stephen Bayley (apprenticed to F H Browne before widening his experience at Mander Organs between 1998 and 2010) became Managing Director. Joined by Michael Keays (a local organist) in 2015, the company is now run by Stephen Bayley, Yvette Bayley, Michael Keays and, since 2020, John Mander (as Chairman).