For choir accompaniment and also for smaller congregations a second organ has been built in the East end of Chelmsford Cathedral, from which much of the main organ is playable for the accompaniment of congregational singing in larger services utilising electric action. The key and pedal actions of the Chancel Organ itself are of course mechanical, the drawstop action being electric with a full complement of registrational aids. The new casework is also to a design of our own.

Rather than making the Nave Organ playable by set pistons, it was decided to have all the stops available with their own knobs, so the console appears to have many more stops than the size of the casework would suggest could be incorporated. Various electric transfers of the Nave Organ manuals make for a high degree of flexibility, without compromising the integrity of the mechanical action of the Chancel Organ

Shortly before the organ was ordered, an instrument from a redundant church in Cambridge, St. Andrew the Great became available. 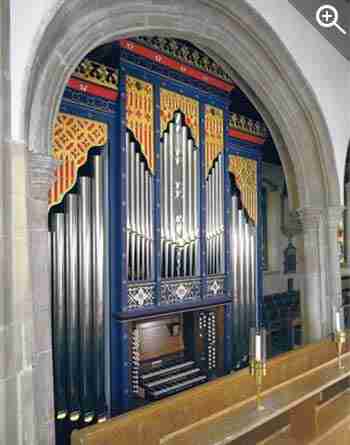 View the Specification of the Chelmsford Cathedral Chancel Organ (completed 1995)