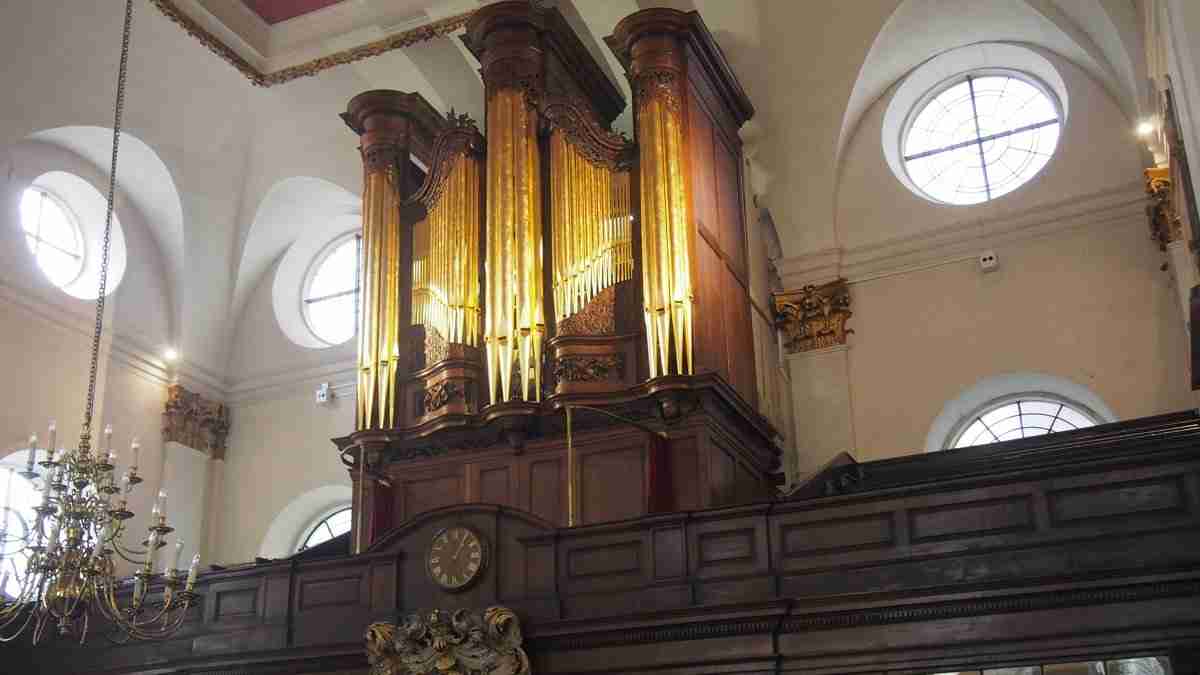 Our restoration work at the Guild Church of St Margaret Pattens in the City of London was completed just in time for the Christmas festivities. Both the victorian mechanical action to the manuals and the twentieth-century tubular pneumatic action to the pedals have been returned to full working order.

The fifteen longest front pipes, which had been replaced in zinc in a previous rebuild, have been re-made in traditional pipe metal, and the entire façade re-gilded. Important conservation work has been undertaken on the elegant Thomas Griffin casework of 1749.

The blowing plant has been fully refurbished and re-located from the roof space to the back of the organ case, from where it now feeds directly into a brace of double-rise reservoirs. It is expected that the restored organ will play a major role in the church’s already thriving musical programme.